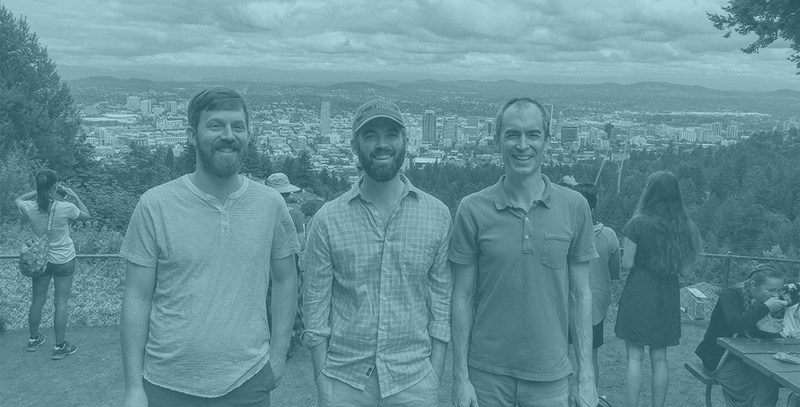 The Story of Prokeep Part 1 - Origins 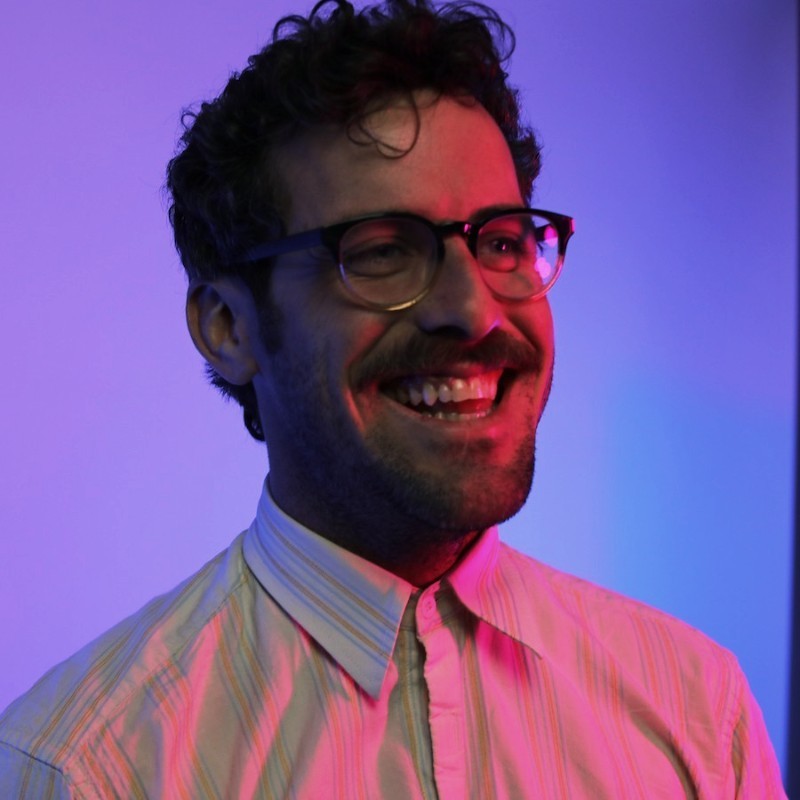 Everyone has become naturalized to conducting their daily business over endless Zoom meetings this past year. But Jack Carrere, Mark Kanof, and McKay Johnson have been virtual meeting natives since 2015 when they ventured into starting a business together from three different states — Jack from Louisiana, McKay from Georgia, and Mark from Oregon. So it’s no wonder that when I sat down after work and opened a Zoom meeting to interview the three about the story of Prokeep, they immediately began reminiscing, happy hour drinks in hand, each in a different time zone, happy to hang out virtually. This is the story they shared…

Prokeep was born out of Jack, Mark, and McKay’s determination to build a startup together — specifically a software startup tailored to solving some of the problems they’d experienced as new homeowners, working with contractors to remodel their first homes. They wanted to create something new that would bring value to its users, provide opportunities for professional growth in their communities, and support growing families - their own, as well as those of their employees and customers.

But Prokeep wasn’t built in a day, and the road to success was paved with some bold decisions, and a gauntlet of rejection. A little known fact is that Prokeep was built on the decision to pivot from a product idea the founders had been working on for two years. The first idea, Timeline, was actually a tool built, not for distributors, but for contractors exclusively.

But before we dive into how the product unfolded from there,  let’s back up a bit. Because, as I said, the road to this spark of an idea was wrought with discovery, patience, and perseverance. A journey that never would have been had the three founders never met. 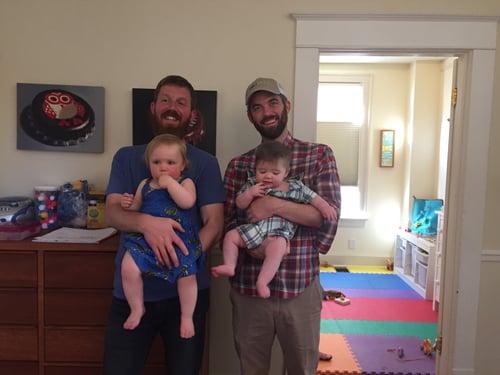 Jack and McKay are cousins that shared a tethering bond growing up — they both wanted to start their own business. Out of all of their cousins, Jack and McKay each recognized that they wanted to jump in the trenches with the other. And it all started back at the Alpine Camp for boys when the younger Jack saw his cousin elected to lead one of the two factions at camp.

“Of course, I had to join his side,” Jack exclaimed. “I was like, ‘yeah, that’s my cousin. I’m going to join that team!’ And that theme kind of continued as we grew up. We have always been tinkering with ideas and working together on projects, but it wasn’t until Prokeep that we went heads down on a business together.”

Jack met Mark much later - in 2011 at a startup event in Portland. Mark was living in Portland and was an engineer determined to found a startup focused on solving practical problems. “I was being my typical engineer self,” said Mark, “sitting in the corner waiting for the presentation to begin. And Jack just comes over with a slice of pizza, sits right next to me, and we just hit it off.

“I remember we had discovered that we had a lot in common:” Jack adds, “we’d just moved to Portland from Boston independently, we had similar personalities, and we liked drinking beer together. So we continued to drink beer, hang out, and trade ideas.”

For the next couple of years, Mark and Jack would continue to go to bars and coffee shops, pitching each other Powerpoint presentations for startup ideas. At the same time, Jack was relaying and riffing on these ideas with McKay. They had their founding trio assembled, now they just needed that “eureka moment” - the big idea they could get excited about.

And then they did. But it wasn’t Prokeep yet. It went by the name of Timeline.

Timeline was a communication tool for contractors, born out of an experience that Jack and McKay had trying to sell their original project, HVAC On Demand, in 2015. HVAC On Demand is pretty much what it sounds like. “If your AC is broken,” Jack begins, giving me the pitch, “you want it fixed immediately. You don’t care who comes and fixes it. You just want that thing running because you’re hot! So McKay and I went out and found five or six HVAC technicians that would answer our call if we found a customer that needed a repair." 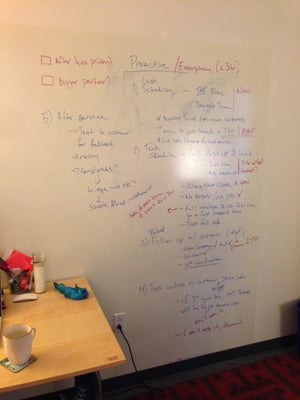 “Then,” Jack pauses here to laugh embarrassedly, “we sent an email out to everyone in New Orleans. We actually got a call from someone! And we had to scramble to fill that need. That was our first revenue as a startup.”

HVAC On Demand was scrapped for several reasons, but one recurring experience from reaching out to HVAC contractors laid the seeds for Timeline and eventually Prokeep. “It kind of initiated our interest in helping contractors because we saw how much of an opportunity there was to add efficiencies,” recalled McKay. “When we went to visit them we said, ‘oh man. We could help y’all save so much time.’"

Queue the Powerpoint presentation. First slide: Can we build software that will make contractors jobs easier to manage? The answer, Timeline.

There are four key things that transpired during Timeline that continued to be pillars in the trajectory and values that would later make up Prokeep.‍

The love of construction

“There was a tailwind to construction,” said McKay. “It was a growing industy with a ton of efficiency opportunities that we could solve. Plus, the people are awesome!"

“Yeah, I didn’t realize it when we stumbled into it,” Jack tacks on, “but I love construction. It’s so cool and we’re helping people with practical problems. I love the people that we work with and the result of what they do.”‍

As Jack puts it, “it’s not a zero-sum game.” The reason that the three of them fell in love with the idea of working in communication for the construction industry is that there is just so much open opportunity to add efficiency and “make life better for these people that are still using pen and paper.”

“A lot of the premise was specifically trying to help small contractors,” explains Mark. “One guy working out of his truck with just a couple employees working for him. A tool that will help him is going to be totally different from a tool that would help a big home building company, so that gave us a very unique focus.”

“I think it’s a testiment to the people in construciton that they didn’t laugh us out of the room,” said McKay. “We essentially approached contractors in parking lots and on jobsites then asked the a bunch of questions. Then we’d say ‘alright, take this notebook and write down every customer interaction that you have and every note that you need to take about a customer.’” But contractors didn’t laugh them out of the door and, in fact, they gave the notebooks back filled with great data.

Contractors are just too busy

But they can be helped in another way. Even though the feedback from Timeline users was that it was adding value and improving their experience, it was incredibly difficult to get more than about five people to spend the necessary time to get on board and give Timeline some traction.

“One thing that sticks out is we were doing counter day at Kaiser Supply in Harahan, LA,” Jack recalls. “McKay had just flown in. We had a booth and we were excited and we were telling all of these contractors our story and what we were trying to do, and they were all pumped about it. So we had probably 15 to 20 hot leads that were going to get free software and it was all going to be good. Then the next day I called everyone on that list and each one either never called back or they said ‘I don't have time for this.’ And that continued for months.”

Ultimately they took Timeline back to the drawing board where a new project got the founders’ main attention, texting for distributors. 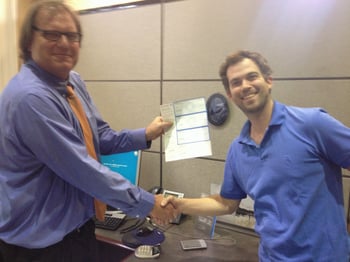 Jack and McKay had just spent a year getting to know distributors while trying to sell Timeline, when Jack had an idea, “what if we text enabled distributors’ landlines?” He was on his way to the dentist and was so excited, he pulled the car over to make the call to his fellow co-founders.

McKay recalls, “Jack called Mark and me to talk about the idea of texting into landlines. At that moment, even though we had spent two years building Timeline, we decided to pivot. I don’t remember there being any hesitation.”

And that was the moment that the seed of Prokeep was planted.

Once the pivot had been made, Jack and McKay’s experiences at distributors' counters changed completely. Instead of seeing the transactional relationship from the lens of the inefficiencies of the contractor, they began to obsess how they could add value to the already strong relationship between a distributor and their customers.

In the beginning, Jack and McKay would spend most of their time building relationships with and collecting information from distributors while Mark built the prototype for what would become Prokeep.

“I have vivid memories of sitting at the counter where I would watch and talk to the the reps who stand there all day long helping contractors that come in and out the door,” McKay says before lighting up. “And there was just such an opportunity to add efficiency to their process. We saw their old computers — sometimes green, DOS based screens -- we saw their basic computer software...but really the biggest opportunity was the yellow notepad.”

The yellow notepad became a ubiquitous term for inefficiency. Counter reps would field phone calls, while putting others on hold, while contractors would be sitting on the stool in front of them having a conversation, and then the kicker, contractors would also be texting the counter reps personal phone number. All of this information, coming in at once across multiple channels, and it’s all being scribbled down on a yellow notepad in front of them; impermanent, unorganized, and illegible to anyone else.

“When they would start texting back and forth with a customer,” continues McKay, “Jack and I would be there asking them what they’re texting about, why they’re using their phone, and can I look at it?” He pauses here to laugh with Jack, remembering these moments. “We would honestly ask that. And we learned that they would only give out their numbers to their favorite customers because they didn’t want to be texted 24/7.”

Solving for those two things — the yellow notepad and the personal phone texting —  breathed  life into Prokeep. Mark began building and refining the software from scratch; a centralized platform where distributors could receive, field, and file all communications (first with text messaging). An easy-to-use mission control for distributors across the globe with three primary value adds; efficiency, accountability, and convenience. 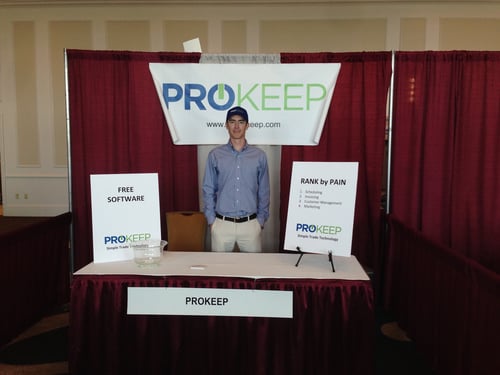 Read Part II in our upcoming feature: The Story of Prokeep Part 2 - Momentum