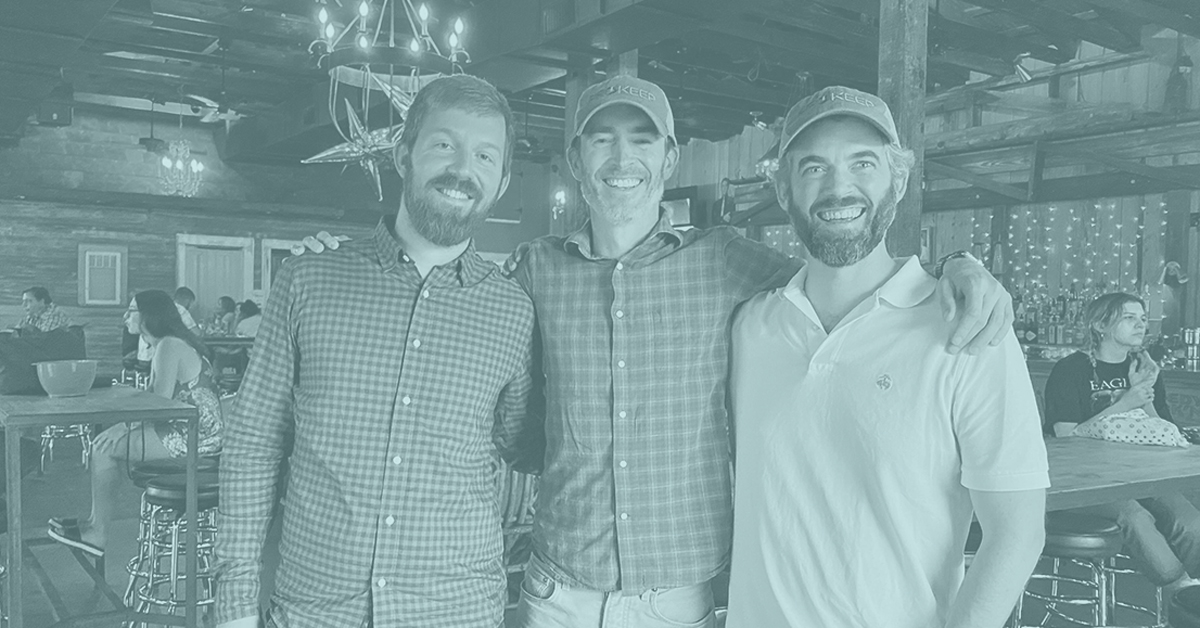 The Story of Prokeep Part 2 - Momentum 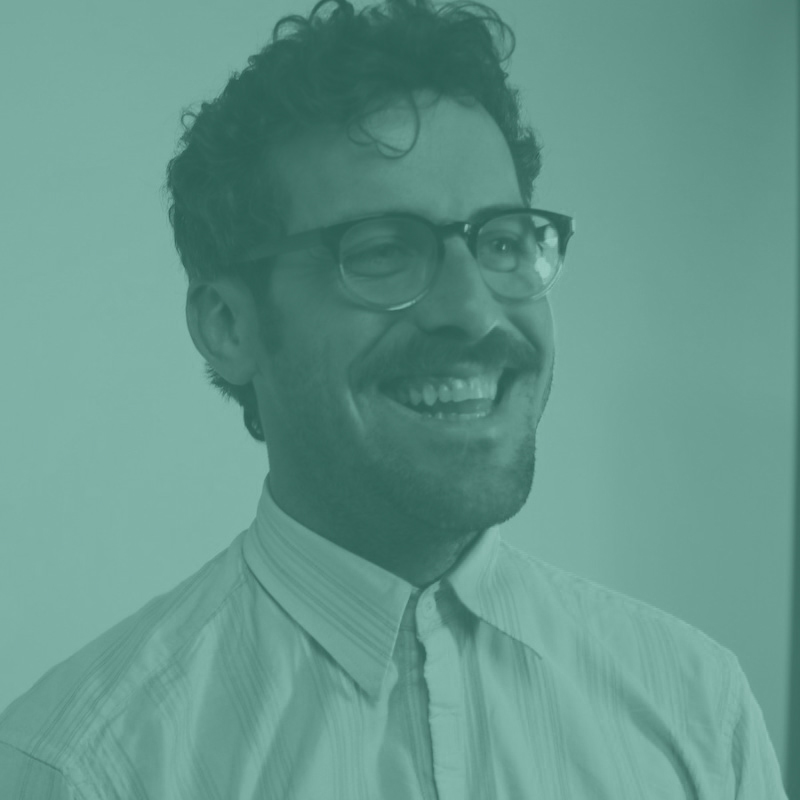 In The Story of Prokeep Pt. 1 - Origins, Prokeep co-founders Jack Carrere, Mark Kanof, and McKay Johnson got together over a video call and told me the story of how Prokeep came to be. If you haven’t read it yet, check it out first so you’ll have the background you need to start digging into Prokeep’s momentum.

Here we’ll continue the story where we left off — the founders have the mission to add efficiency into the communication process between distributors and their customers. The software’s intent is to text enable a branch’s main phone number for simplified communication. And they just landed on the name. Prokeep. 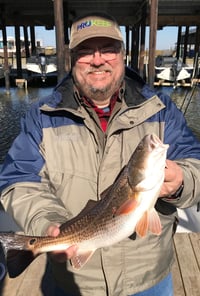 Prokeep’s first beta users were the perfect launching pads. In Harahan, Louisiana, Jack and McKay found Flick Distribution. It took some time and persistence to get time with the owner, Tommy Flick. But that patience paid off when Tommy became the first champion for Prokeep. He fell in love with the idea of being the first distributor on the block that could accept text messages. Once Mark flipped the switch and texts started coming into their business line, they were off to the races.

After the launch, Jack and McKay spent every day in Flick watching as customers came in, experimented with texting, and got feedback from the counter reps as well as the contractors on what they liked and what they needed.

Through this direct line to feedback and testing, Prokeep blossomed, bringing on bigger distributors across the country to test Prokeep in its nascent form.

Prokeep had about four beta users before Jack and McKay attended the HARDI Annual Conference, a conference for over 300 HVAC distributors to share trade tips and meet vendors, for the first time. Jack and McKay attended sessions and stopped people in the hallway trying to pitch this beta project and were overwhelmingly rejected. They didn’t have the clout, Prokeep had very few users, and not many people were interested. Prokeep was just too new. But the next year when Jack and McKay went back, they had about 25% of HARDI members not just using Prokeep, but paying for it. The energy around them had changed.

“Fast forward a year when HARDI Annual was in Austin,” Jack exclaims, “and it was just a total 180. Everybody was talking about us, everybody knew someone that had implemented Prokeep and had experienced the value. The chatter was about Prokeep. There was just so much energy around what we were doing and how we were doing it.” 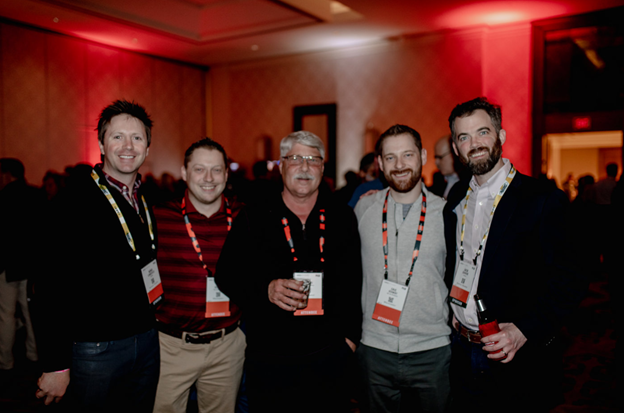 And that trend continued. Just like the daily practice of collecting information from the counters, Jack and McKay would go to conferences, collect information, then call Mark and relay what they learned. And this isn’t just a fun detail. It’s the formative piece of Prokeep. It’s what has made Prokeep such an elegant and simple product market fit.

Even through the “gauntlet of No” — as Jack calls it — the conferences, the people, and the experiences shaped the trajectory of Prokeep to what it is today.

There are a lot of ways to see just how much Prokeep has grown in the past 4 years. The company has grown from 3 founders spending every ounce of energy to get their idea off the ground to a team of over 40 full timers. It’s grown from 4 beta users to over 1,000 paying customers. And all along the way, Jack, Mark, and McKay have seen the company’s growth as proof that they are improving the lives of distributors and supporting the growing needs within the construction industry — the goal they’d envisioned from the very onset all the way back to HVAC On Demand.

“There are periods of time where we’re hitting limits and we have to re-engineer things to make it work,” explains Mark. “And it’s stressful. But it’s also really exciting because that ultimately means we’re helping people. People are using this thing we built and it’s bringing them value. In the early days when I got an alert that a server was down, it was stressful. But then when I got a chance to reflect, it really just meant that we were moving in the right direction.” 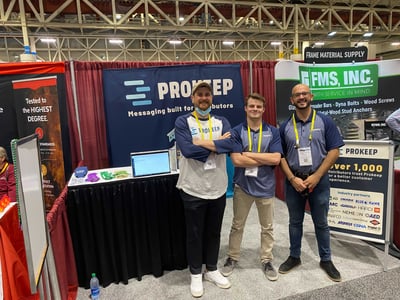 The growth of Prokeep has added another element for the founders to be proud of; not only are they providing value to distributors, they’re also providing value in the form of employment within their communities.

To Jack, this is especially powerful in a city like New Orleans. “I've always wanted to create a company that was based in New Orleans,“ he says. “We have very well-established paths for doctors, lawyers, and accountants, but not many opportunities to grow careers outside of that. So, to help grow the tech ecosystem here in New Orleans and give people jobs and help level people up so they stay at Prokeep or go somewhere else to found their own companies is super powerful to me.”

As the company grows, Jack, Mark, and McKay have turned to empowering their teams with a great culture, a clear purpose, and vision of the future. But, with one eye set on the future, they have made sure that the foundation of the product remains true to its original philosophy, completely focused on the user — that person sitting behind the counter — taking their feedback, implementing it,  and making their day easier.

“Not much has changed in terms of how we approach the business,” says McKay. “We've always hoped to be true partners to our customers. If they are succeeding with our software that means that we've done our job. We've helped them be a little bit more efficient. We've helped them save time. And if that's the goal at the end of the day, everything else sort of falls into place.”

The future of Prokeep is looking to provide even more value to the construction industry. “Our evergreen mission is to provide value in terms of accountability, convenience, and efficiency,” continues McKay. “Right now we do this through text messaging. But we have a vision of continuing to evolve the product to bring value to other channels of communication and be the system of record for any customer interaction that a distributor around the world might have.”

At the talk of Prokeep’s future, the founders all perk up, because they know it’s coming, and it’s coming soon. Prokeep is moving diligently, but it’s moving quickly towards what the founders sometimes call an “omnichannel communication tool” and sometimes call “mission control” for distributors, and they’re excited about the next chapter. They’re excited because it means more of the same — listening, implementing, growing, and making distributors’ jobs easier.

“I'm truly excited to think about, as the industry continues to evolve, how much more we can be a part of the built-world,” McKay revels. “I’m excited to see all of the different ways that we’ll start adding value to distributors and the impact we’ll make on the industry.”

From abandoning a two-year project to the “gauntlet of no”, Prokeep’s founders have been through the wringer. They had to make big moves and take risks. And ultimately that’s what it took to find the right vision, assemble the right team, and run a growing business. 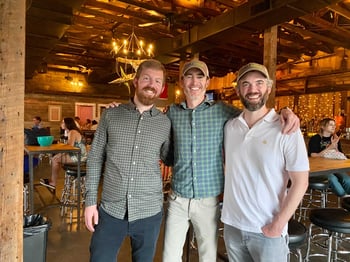 At the close of our Zoom call, the three founders continue to talk excitedly about the future of Prokeep and take the moment to celebrate how far they’ve come and how much fun it has been to do it with each other. Then Jack’s wife, Anne, and his two sons come into the room and the three founders that are part blood-related and part bonded through this adventure introduce me to the family and “Prokeep employee number 323” and I get to see first-hand the ultimate third value that this journey has created — having built something that supports families. And that’s what it’s been about from the beginning all the way back to Jack, Mark, and McKay’s early vision of building this company. From the 1,000+ distributors that Prokeep empowers to its team of over 40 employees, Prokeep builds families.

That’s just where Prokeep is today, but the founders already have big plans for the near and distant future, including some big feature drops later this year. That’s a story best told by Jack himself, and will have to be Part 3 in this series. Stay tuned….you don’t want to miss it.

Read Part III in our upcoming feature:
The Story of Prokeep Pt. 3 - Future